Good news: An FDA committee recently voted in favor of MannKind’s (MNKD) new inhaled insulin for diabetes sufferers. The biopharmaceutical company’s latest advancement in diabetes treatments passed the panel’s inspection, but will this translate into FDA approval? While some analysts are focused on the new drug’s potential and are eager to recommend BUY MNKD, other analysts are concerned about FDA restrictions and only recommend HOLD MNKD. Graig Suvannavejh has a history recommending biopharmaceutical stocks, including MannKind (MNKD), Oramed Pharmaceuticals (ORMP) and Alkermes (ALKS) (a full recommendation history can be viewed by downloading TipRanks). Before the panel had a chance to review the drug, Graig noted that, if approved, “Afrezza may generate $538 million in 2018.” And that while there are safety concerns, he didn’t see “anything that is a showstopper that would torpedo the advisory panel meeting.” Graig recommended BUY MNKD even though he knew “investors had been concerned the FDA would criticize the strength of the effectiveness data and studies comparing different inhalers.” Graig is ranked 2338 out of 2480, with a -12.6% average return over S&P-500 and a 40% success rate of recommendations.

However, Graig is not the only analyst making a recommendation on MNKD. Piper Jaffray analyst Joshua Schimmer, who holds a doctor of medicine from the University of Toronto, feels that MannKind “faces a number of obstacles in the U.S. Food and Drug Administration’s review of the Afrezza Dreamboat insulin inhaler.” Joshua recommended HOLD MNKD and lowered his price target from $5 to $1.50 saying, “the timeline with a two-year delay to the partner/drug introduction may still be presumptious.” Joshua is ranked number one out of 2480 analysts, with a +14.2% average return over S&P-500 and a 75% success rate of recommended stocks.

Joshua has also recommended MNKD in the past, receiving a high return for his SELL MNKD recommendation back in 2010. When the FDA was originally reviewing Afrezza in January 2010, they reported that their review was going to take longer than expected. Joshua argued “it was difficult to assess the extent of the delay,” and noted that some of the challenges might be, “finding a partner and passing the regulatory process.” This SELL MNKD recommendation earned Joshua +21.0% over S&P-500.

As Afrezza continues to make its way through FDA approvals, you can continue to follow these analyst recommendations by downloading TipRanks. With TipRanks you have the information you need to start making informed financial decisions with advice you can trust. 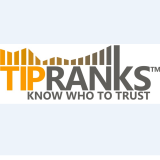 Is the Steel Industry In Trouble?